Home prices soared in 2013 and that momentum pushed into 2014. The market leveled off after the first 7 months of 2014 and plateaued. We figured that housing values had overcorrected downward and the appreciation spike during the recovery was therefore warranted. The plateau did not last long because the pace of price appreciation has now ramped up again. Why?

Compared to a year earlier, the median selling price for homes nationwide was up 5.9 percent in the first quarter of 2015. In California, the rate of appreciation was similar at 5.7 percent, but selling values in the coastal markets were up more than 11 percent in March.

Some local markets are on fire, with bidding wars and offers above asking price becoming common. 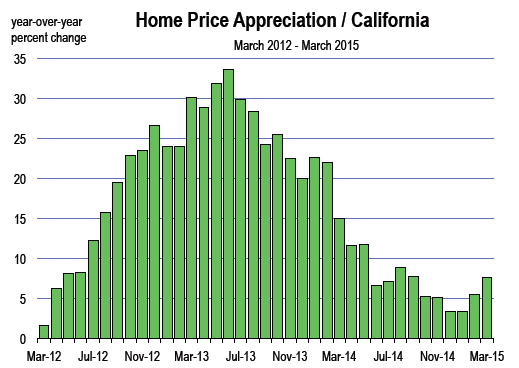 The loftiest housing market in the nation is San Francisco, driven in large part by one of the hottest economies in the world.

74% of homes listed in San Francisco earlier this year sold within two months of hitting the market. The ratio of sales price to listing price was 105.9, meaning that homes are selling for more than the asking price. The median price in the city for all sales during March was $1,275,000, up 31 percent versus March of 2014. 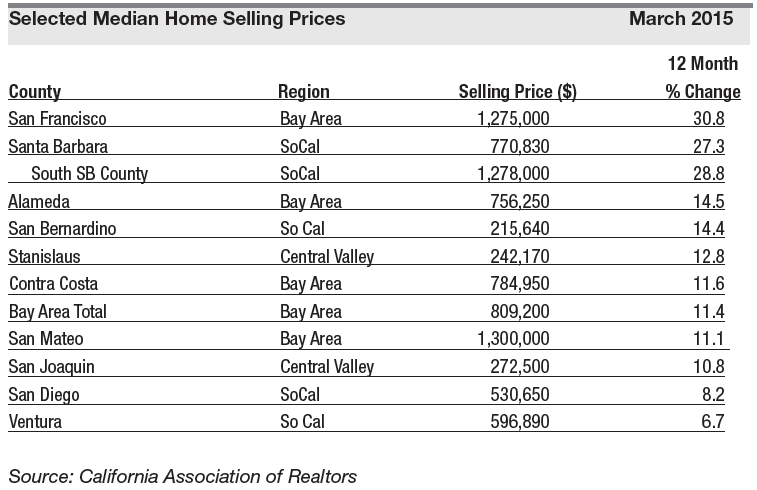 The entire Bay Area ranked first in the U.S. in price appreciation during 2014. The Central Valley of California was next. The Inland Empire was third. Warren, Michigan was 4th and Boston Massachusetts was 5th. Then Santa Rosa (Sonoma County) and finally, Santa Barbara.

1. Homeowners are not selling. Inventory for buyers is therefore limited. Bidding wars occur. Homes can sell for more than the asking price and frequently do.

2. Builders are not building. It’s more difficult to build detached product than townhomes or apartments. Besides, most of the demand is for apartments now and that type of construction is more profitable.

3. Mortgage loans are more difficult to obtain. Underwriting standards are too tight. This has limited the ability to purchase housing among first time home buyers who are usually Millennials. Millennials don’t have much money and they are knee deep in student loan debt.

Where are Mortgage Rates Headed?

The 10 year U.S. Treasury Bond yield moved upward to 2.25 percent on May 6th, about 50 basis points higher than it was in mid-January of this year. Rates are rising and it’s unlikely they would reverse at this point in an expansionary economy.

Maybe. But other factors have a bigger impact on housing prices than changes in mortgage rates. Higher rates will probably affect the rate of home sales because affordability is further reduced. But if supply remains constrained, home prices will continue to rise despite rising mortgage rates. If the increase in the supply of new housing is meaningful, price appreciation should slow.

Is it Another Bubble?

The last bubble was the result of loose financing standards, and lots of new home supply. Today there is very little supply and tight credit conditions. Demand is rising but only moderately. It’s a case of simple supply and demand forces. If supply ultimately increases (and we expect it to), we could see selling prices reversing. We don’t believe we’ll see demand increasing much over the next year or two, so our forecast is for housing prices to ultimately cool off as more supply hits the market. 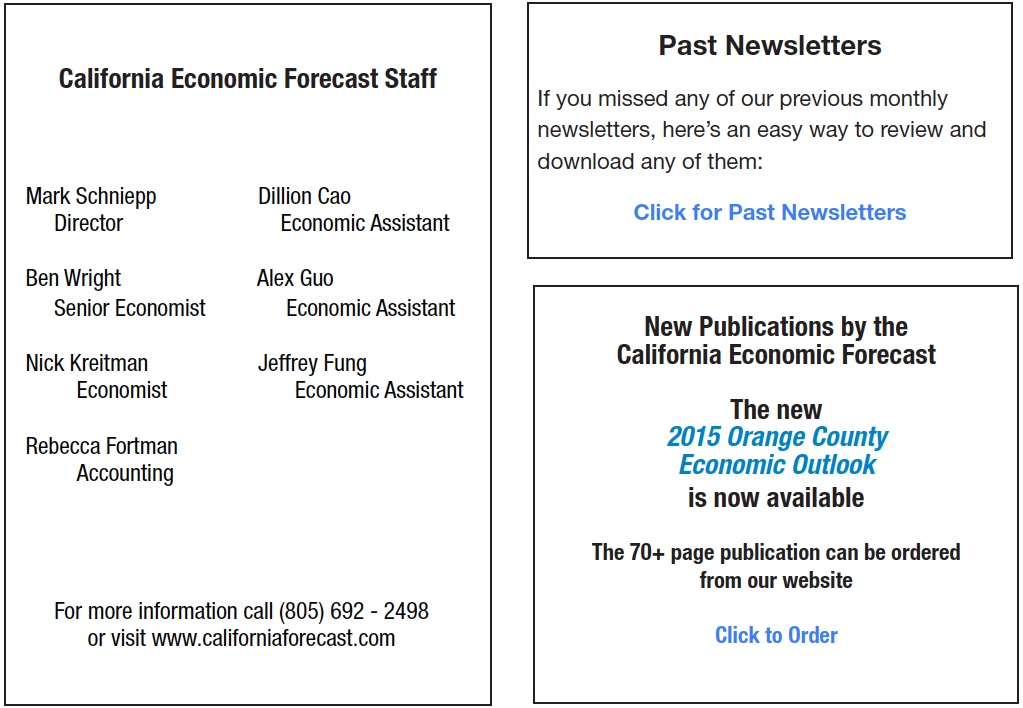