Peak of the Cycle?

Expansions generally end when the economy overheats, occurring when the labor market is at full employment and businesses are operating beyond their capacity. Inflation begins to rise along with interest rates, and consumers tend to overspend and become debt laden.

We are not there yet. The labor markets are not yet at full employment though that condition is rapidly approaching. For anyone over 25 years old, the unemployment rate is effectively “full.” And this will translate into rising wages and salaries this year and a higher rate of inflation in 2016.

We are expecting the Federal Reserve to begin raising the federal funds rate this summer, as early as June. Treasury rates are expected to move higher along with mortgage rates by the fourth quarter. The 30 year conventional mortgage yield is forecast to push past 5 percent next year.

The economy is now in its best condition since the end of the Great Recession. Consequently, we are gradually turning our attention from how strong the current economic expansion will be to a search for any weaknesses, i.e., potential excesses in household spending and debt, financial lending practices, or over extended asset prices.

Household debt is currently at the lowest level since reliable records have been kept. The amount of credit card debt fell to the lowest level since 2002. This is one of the key reasons that the U.S. economy is outperforming much of Europe and Japan. Corporate debt as a percentage of total corporate equity is also at a 12 year low.

In general, households and businesses are in better financial shape to spend this year and next. Banks are in a better position to lend. These conditions in concert, along with likely increases in wages and salaries, point to a predicted 3 percent increase in total spending this year, a meaningful improvement over 2013 and 2014.

The stock market run has been fairly sharp since the beginning of 2013. And to date in 2015, the financial markets continue to move higher. Adjusted for inflation, the S&P 500 is currently at it’s highest level ever. The Nasdaq reached a near all time record close on March 20, and the Dow Jones Industrial Average is just 300 points from it’s all time record high set on March 2, 2015.

As of April 7, the S&P 500 P/E ratio stood at 20.29. This is the twelve month trailing price to earnings version of the ratio. The average P/E ratio for companies comprising the index since 1979 is 20.6. The Dow Industrial Average P/E ratio is 16.33, just slightly above the year-ago level. The obvious question is whether current P/E ratios are worrisome, indicative of another bubble? There is no shortage of current online debate on this subject, which can get quite complex.

The stock market numbers are worth following closely to ascertain the degree of speculative behavior that might be infiltrating current values. But it’s not an immediate concern because expected earnings reports for the first quarter of 2015 appear to be strong.

No Leaks in the Dyke

Interest rates remain low, gasoline prices are falling again, and the dollar continues to strengthen. The economy is stable and growth rates for most of the important indicators may reach their best levels this year. We’re looking for initial problems but we don’t see many at this time. So enjoy the spring. 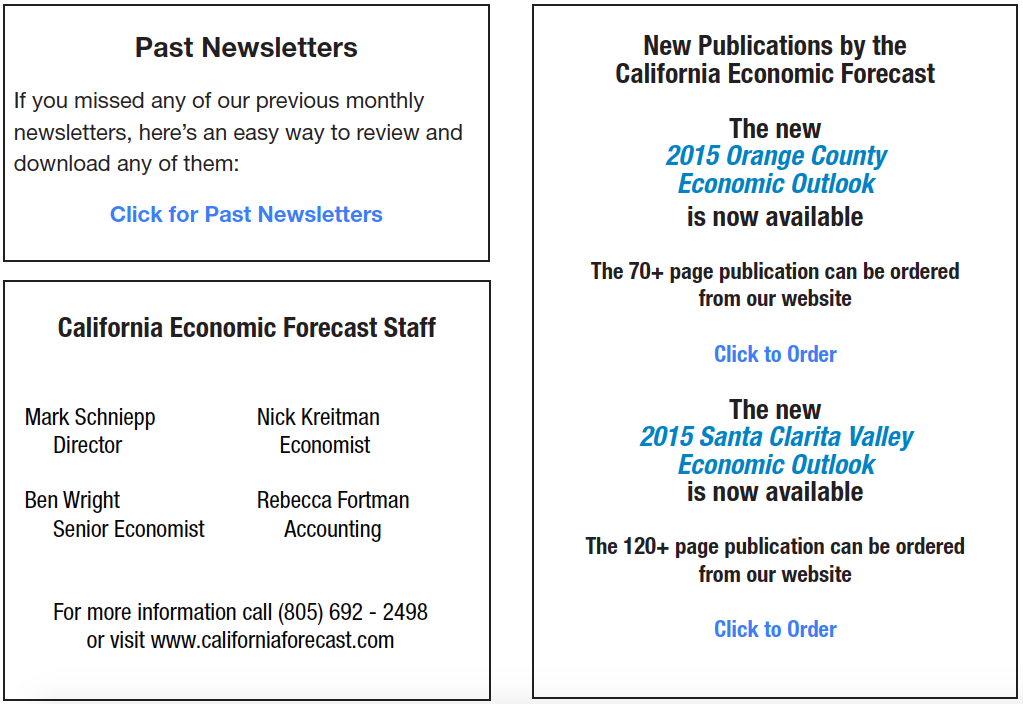